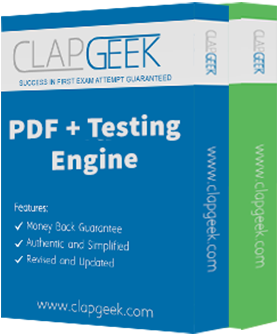 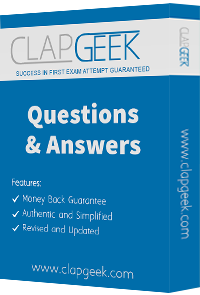 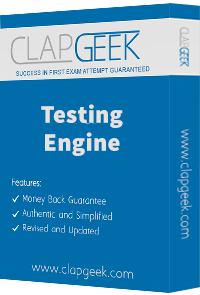 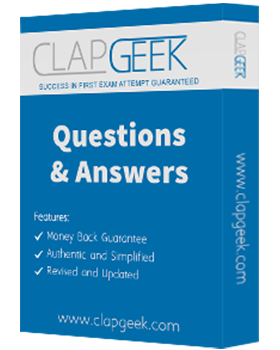 Questions came word by
word from this dump

How Does ClapGeek Serve You?

Try a free demo of our IAPP CIPP-E PDF and practice exam software before the purchase to get a closer look at practice questions and answers.

Up to 3 Months of Free Updates

We provide up to 3 months of free after-purchase updates so that you get IAPP CIPP-E practice questions of today and not yesterday.

Get Certified in First Attempt

We have a long list of satisfied customers from multiple countries. Our IAPP CIPP-E practice questions will certainly assist you to get passing marks on the first attempt.

ClapGeek has a support team to answer your queries 24/7. Contact us if you face login issues, payment and download issues. We will entertain you as soon as possible.

Thousands of customers passed the IAPP Designing IAPP Azure Infrastructure Solutions exam by using our product. We ensure that upon using our exam products, you are satisfied.

Please use the following to answer the next question:

WonderkKids provides an online booking service for childcare. Wonderkids is based in France, but hosts its website through a company in Switzerland. As part of their service, WonderKids will pass all personal data provided to them to the childcare provider booked through their system. The type of personal data collected on the website includes the name of the person booking the childcare, address and contact details, as well as information about the children to be cared for including name, age, gender and health information. The privacy statement on Wonderkids’ website states the following:

“We may retain you and your child’s personal information for no more than 28 days, at which point the data will be depersonalized, unless your personal information is being used for a legitimate business purpose beyond 28 days where it may be retained for up to 2 years.”

What direct marketing information can WonderKids send by email without prior consent of the person booking the childcare?

No marketing information at all.

Any marketing information at all.

Marketing information related to other business operations of WonderKids.

Marketing information for products or services similar to those purchased from WonderKids.

What type of data lies beyond the scope of the General Data Protection Regulation?

Please use the following to answer the next question:

You have just been hired by a toy manufacturer based in Hong Kong. The company sells a broad range of dolls, action figures and plush toys that can be found internationally in a wide variety of retail stores. Although the manufacturer has no offices outside Hong Kong and in fact does not employ any staff outside Hong Kong, it has entered into a number of local distribution contracts. The toys produced by the company can be found in all popular toy stores throughout Europe, the United States and Asia. A large portion of the company’s revenue is due to international sales.

The company now wishes to launch a new range of connected toys, ones that can talk and interact with children. The CEO of the company is touting these toys as the next big thing, due to the increased possibilities offered: The figures can answer children’s Questions: on various subjects, such as mathematical calculations or the weather. Eachfigure is equipped with a microphone and speaker and can connect to any smartphone or tablet via Bluetooth. Any mobile device within a 10-meter radius can connect to the toys via Bluetooth as well. The figures can also be associated with other figures (from the same manufacturer) and interact with each other for an enhanced play experience.

When a child asks the toy a question, the request is sent to the cloud for analysis, and the answer is generated on cloud servers and sent back to the figure. The answer is given through the figure’s integrated

speakers, making it appear as though that the toy is actually responding to the child’s question. The packaging of the toy does not provide technical details on how this works, nor does it mention that this feature requires an internet connection. The necessary data processing for this has been outsourced to a data center located in South Africa. However, your company has not yet revised its consumer-facing privacy policy to indicate this.

In parallel, the company is planning to introduce a new range of game systems through which consumers can play the characters they acquire in the course of playing the game. The system will come bundled with a portal that includes a Near-Field Communications (NFC) reader. This device will read an RFID tag in the action figure, making the figure come to life onscreen. Each character has its own stock features and abilities, but it is also possible to earn additional ones by accomplishing game goals. The only information stored in the tag relates to the figures’ abilities. It is easy to switch characters during the game, and it is possible to bring the figure to locations outside of the home and have the character’s abilities remain intact.

Why is this company obligated to comply with the GDPR?

The company has offices in the EU.

The company employs staff in the EU.

The company’s data center is located in a country outside the EU.

The company’s products are marketed directly to EU customers.

What our customers are saying

Last month I had my IAPP CIPP-E exam and I was confused as it was my first attempt. I was passionately looking for a website for reliable material and came across clapgeek.com. It was cheap and affordable so I purchased the material. The study material was one of a kind which led me to pass my exam with ease.

Clapgeek is a worth-the-money website as it has all the tutorials and important information available which helped me pass my IAPP CIPP-E test with a score of 440/500.